The morning session began by addressing some of the Lenape Center’s work to rescue their culture and retell the story of native agriculture in the Lenape people’s homeland, through the planting Lenape indigenous seeds of trees nurtured by their ancestors. In this sense, it was recalled and emphasized the spiritual and psychological connection of indigenous peoples to their land and their ancestors, and the importance of having that relationship respected and preserved.

Narinder Kakar underlined the potential of the United Nations to contribute to change, and noted that the SDGs are not moving as fast as they should, presenting his recently released book “Fulfilling the Sustainable Development Goals. On a Quest for a Sustainable World”, published by Routledge.
Driven by the discussion about how to motivate people nowadays, Professor Nicholas Robinson outlined the context of the major environmental conferences, saying that a consensus has been reached that the environment is a human right, and therefore a new document should be made to incorporate this into the Universal Declaration of Human Rights. He also stressed the importance of bringing the concept of Pachamama to the General Assembly of the United Nations, and to include indigenous wisdom in the path to achieve harmony with nature.

Furthermore, Elaine Hsiao presented the idea of organizing side events (at the Stockholm+50 conference, for example), to establish a connected network of people to think about long-term processes, and re-energize the humanitarian community. Joe Baker, David Forman, Emilie Gaillard and Hadrien Coumans stressed the importance of, in a paradigm of transculturality, incorporating indigenous voices in this process, amplifying their voices and demonstrating their resilience.

After the lunch break, the afternoon session opened outside, in the garden of the Mohonk Mountain House, with a prayer song led by Hadrien Coumans done in nature as a way to reconnect with the ancestors and balance and respect for mother Earth.

Returning to the conference room, it was screened the short documentary produced by Chris Eyre, Cheyenne and Arapaho Tribes of Oklahoma called “Back to Manahatta: The Return of the Lenape”. The documentary addresses the work being done by the Lenape Center to restore the Lenape culture and reconnect with their ancestors, who still have a spiritual connection with their home territory, known as Lenapehoking. The mission of the Lenape Center also includes restoring the history of forced migration and oppression of the original tribal nations and telling it to America and future generations through art, culture, and community involvement.

While talking about the importance of strengthening the willingness of new generations and the call for recognition and recovery the origins, Hadrien Coumans’ son, Paulo, a 16 years old boy, left a message of hope in the sense of the importance of recovering the Lenapeholking origins for future generations, and for re-establishing the connection with the ancestors and the original culture, that although this struggle will still take some time, today we are more advanced than before.

From remarks from Nicholas Robinson, Emilie Gaillard, James May, Hadrien Coumans, Achinthi Vinthanage, Joe Baker, Louisa Finn, it was reflected on the transformation of behavior, and the need to listen to nature, on the perception of reality and the call for action that emerges by creating a civil rights movement, in order to introduce a movement for behavior change and fight against the threat to life on the planet. Recalling Richard Ottinger’s previous words about taking to the streets, it was pointed out that the young generations are clamoring for something to be done, and that it is necessary to take to the streets, but in a globally inspired movement.

Émilie Gaillard asserted the importance of introducing complex thinking into Western education, and exploring the concept of transgenerational justice through the traditional knowledge and wisdom of indigenous peoples, in an era of transculturality. Along these lines, she presented her newest approved project on transculturality and the rights of future generations.
The session closed with Tony Oposa’s reminder of the Normandy Honor for Peace to be given to the Guardians of Future Generations, to take place on the Earth Day Conference on Friday the 22nd

The objective of this programme is: To study, at the national, international and comparative levels, the legalization of the rights ... 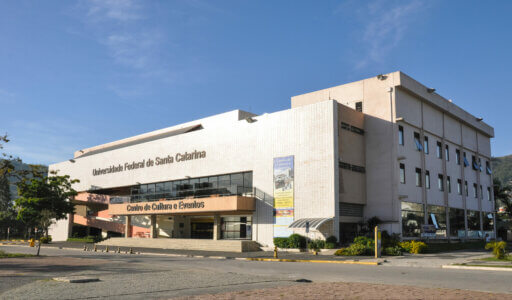 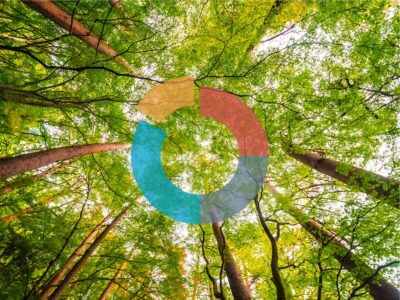 Legal Indicators
Environmental law, despite its amazing growth for about half a century, has yet to be fully implemented in an effective ...
Read more

News
The Legal Institute of the Faculty of Law of the University of Coimbra (Portugal), in collaboration with the Normandy Chair ...
Read more 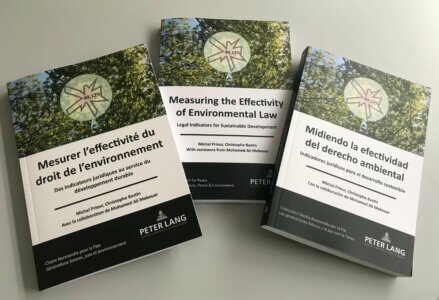 Legal Indicators
Under the direction of Michel Prieur, Christophe Bastin and with the collaboration of Mohamed Ali Mekouar This book presents a ...
Read more
See all