An act of recognition, an obligation, an intellectual ambition, a contribution to peace

Since 2016, the Normandy Region (Région Normandie) has advocated for a World Peace Forum, showing its commitment to international action to protect the values of peace, freedom, human rights and democracy. This ambition is rooted in the history of the region and its link to the rest of the world. To pay tribute to the thousands of men on the Norman coasts in June 1944, who would begin the battle for Normandy that would lead to the defeat of the Nazi regime. Tens of thousands of young men and thousands of civilians lost their lives during this key battle in the Second World War.

Part of the recognition and remembrance of this event means that we must act boldly for peace today. Many other less dramatic moments in the history of Normandy share these values and they have often contributed to international humanist cultural heritage.

Norman law permeates traditions of law on both sides of the Atlantic; from the circulation of humanist ideals since the beginning of the printing press; to the scholarly background that led to the intellectual flowering in Europe in the 17th and 18th centuries; to the creation of the first academies of science and French; and one of the first treaties of perpetual peace and a European project in the 18th century by Abbé de Saint-Pierre.

The Region wishes to make its own contribution to this huge, and very much needed project for peace. This is the essence of the Normandy World Peace Forum, which in 2019 launched a new international appeal on behalf of four Nobel Peace Prize laureates. This high level forum of international significance takes place annually around the symbolic date, 6th June.

Normandy gave rise to concepts that fostered the Rule of Law in the 13th century, Guillaume Le Maréchal – known in English as William Marshal – is responsible for the formulation of Magna Carta and the Carta de Foresta of 1217 issued in the name of Henry III.

The Region hopes for international universities to work alongside universities in Normandy to participate towards these shared goals. The proposal is to create a chair of excellence for peace that is open, flexible, academic, innovative, international and inclusive with a strong societal dimension.

Important representatives and permanent regional partners, the COMUE Normandy University, the University of Caen and the CNRS (French National Centre for Scientific Research) all contribute to this initiative. The CNRS works on scientific excellence and the international reach of French research, as well as its dissemination in society.

Antoine Petit, President of the CNRS and Hervé Morin, President of the Normandy region now also collaborate with the Chair of Excellence for Peace. The CNRS is particularly invested in the Chair in the hope that it will broaden its international scientific scope.

The subject of this Chair is Peace, the rights of future generations and the environment. It is led by the international leader Tony Oposa, with the scientific support of Professor Nicholas Robinson ( Chairman Emeritus), Pace University, NY, USA. The Normandy MRSH (Human Sciences Research Centre) (CNRS / Université de Caen) holds the Chair and organises key research events, both in Normandy and internationally.

The main goal of this research is to make progress with regards to the rights for future generations, the law that protects the future. The general Coordinator of the Chair is Emilie Gaillard, Lecturer in Private Law at Sciences Po Rennes and at its Caen campus. She is a specialist in the law of future generations and Co-Director of Risk Division, Sustainable Environment at the MRSH. 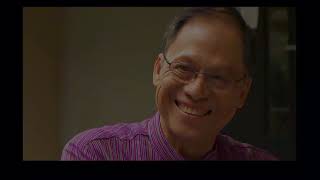 Read more about the 2nd Forum Normandy for Peace launch