Located at the Hague, Netherlands – The International Court of Justice, also known as the World’s Highest Court is an iconic symbol of justice, fairness and peace. The ICJ, is the principle judicial organ of the United Nations. The Court’s role is to settle, in accordance with international law, legal disputes submitted to it by States and to give Advisory Opinions on legal questions if requested by other UN organs such as the UN General Assembly.

In 2019, two groups of Youth led organizations from the Pacific region – The Pacific Islands Students Fighting Climate Change and Philippines – the I am Climate Justice launched an ambitious and well justified campaign to take Climate Change and Human Rights to the International Court of Justice seeking an Advisory Opinion.
n their 2019-2020 campaign, the groups have campaigned in national, regional and international forums influencing and encouraging decision makers to pass a resolution at the UNGA. Corollary to the youth campaign, saw the rapidly growing support by governments and many Civil Society Organizations, youth, eminent legal experts and academics.

We envision the Advisory Opinion to be a facilitator for collective action and collaboration. We do not seek to
shame, but rather encourage, motivate, highlight , compliment and inspire action and commitment. We hope that the AO can contribute its part and simultaneously embrace other groups organizing for global climate justice.

The Power of the People 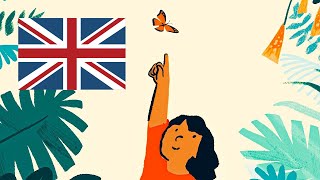 The Power of the People – is a short explainer animation on the ongoing campaign to seek an Advisory Opinion from the International Court of Justice (ICJ). The animation was heavily inspired by the stark reality of the adverse effects of Climate Change on the basic Human Rights of children and youth from the Pacific Islands and other climate vulnerable countries.

I am Climate Justice France Story

What are we talking about when we talk about the ICJ France movement (I am Climate Justice France)?

To understand this initiative, we need to go back to the origins of the global movement, called WYCJ (World Youth for Climate Justice). It was born from the idea of the renowned lawyer Tony OPOSA, who had imagined an international campaign on the theme of climate justice carried by young people.

Tony OPOSA has had this concept of climate justice for a long time, starting with his thesis at Harvard, but also through the many conferences he has given thereafter, whether at the Boston College Law School (https://www.facebook.com/BostonCollegeLawSchool/photos/famed-philippine-environmental-and-human-rights-activist-antonio-oposa-joined-en/2290363241024832/ ), or at the Normandy Chair for Peace (a branch of the CNRS) of which he is a member. It is through these interventions that he was able to convince not only young people, but also activists, scientific experts, lawyers, etc. to get involved in the movement voluntarily.

One thing leading to another, this movement, which was mainly local and national in scope, has grown into something global with several specific branches of action around the world. They have been able to carry out many actions at different scales: getting petitions signed on the topic of climate justice, creating vegetable gardens, etc. Also from September 21 to 27, 2019, they went to the United Nations Climate Summit in New York, where they were able to seek the advisory opinion of the International Court of Justice on the following question: “In this climate crisis, what are the duties of states under international law towards present and future generations?”.

Likewise, the French branch of the ICJ movement, it was introduced by Emilie GAILLARD, professor at the University of Sciences Po Rennes, general coordinator of the Normandy Chair for Peace and specialist in the law of Future Generations. She was assisted by Claudia PINEDA CONCHA, the chair coordinator assistant at the moment, who carried the movement in its early stages. Claudia became involved in this cause with a few friends because she deeply believed in the idea of equity and justice in the face of the climate catastrophe we are living. She believed that it was necessary to put in place actions that protect future generations, and that push our institutions and civil society to reduce the negative impacts of climate change for people in vulnerable regions who will be less able to respond to the challenges of the crises they will face.

And it is with this conviction that we continue to act today in partnership with all the WYCJ branches and the help of experts in the field of law, international relations, political science, environment, etc., such as the jurist Alyn Ware, winner of the 2009 Alternative Nobel Peace Prize, we focus on the issues of future generations. Now a days, the NCP action is part of a campaign of science diplomacy with key national and international actors (MEPs, members of ministries, etc) as well as civil society. The ICJ France movement also has a certain pedagogical aim, notably through the close links that the Chair maintains with universities such as Sciences Po Rennes and the University of Caen.

In this video, Professor David FORMAN, explains the genealogy of the ICJ Worldwide Campaign 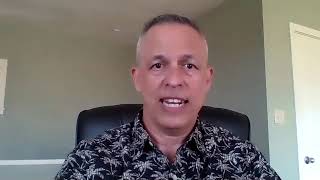 In this video, Professor David Forman, explains the genealogy of the ICJ Worldwide Campaign