Meeting between the research team of the Chair and the members of Defensoría:

Meeting with members of the national office of Defensoría to discuss the issues of “Peace, Transitional Justice and Environment” in Colombia.

From this meeting results the proposal of a possible scientific collaboration between the Normandy Chair for Peace and Defensoría in the areas of “Collective Rights and the Environment”, and also of “Promotion and Dissemination” with the axes of work of the Chair in: Education for the Rights of Future Generations, Indigenous Peoples and Future Generations, Transitional Justice and Environmental Affairs, etc.

With regard to environmental issues, Defensoría plays a key role in Colombia. On the one hand, as part of its role in the protection and promotion of human rights, Defensoría provides direct accompaniment to the populations in the territories and ecosystems in which they live through its 38 offices.

On the other hand, the Colombian Constitutional Court has systematically involved the Defensoría, as a control entity, in monitoring the execution of decisions related to environmental protection.

For example, for more than 3 years, the Defensoría has been involved in the famous Atrato River case, in which the Constitutional Court, through its 2016 T-622 decision, recognized the Atrato River, its basin and its tributaries as an entity subject to rights. In this ruling, the Constitutional Court ordered that various protection, conservation, maintenance and restoration measures be taken by certain state entities and ethnic communities.

The Defensoría also participates in other important cases of protection of the ecosystems of the moors of Santurbán, Almorzadero and Pisba. The main challenge in these environmental areas is the recovery of soils and forests, guaranteeing the food security of the population and protecting against the harmful effects of pollution, among others.

The work that they carry out in practice seeks to give the populations tools to make a participative ecological management of the territory. One example is the development of “a set of educational games on the protection of rights and the recovery of historical memory within the framework of the peace process in Colombia”. As a guardian of human rights, the work of the Defensoría in the field is permanent. Its role in promoting the rights of present and future generations is a key point of convergence with the objectives of the Chair, so future collaboration with them is expected. 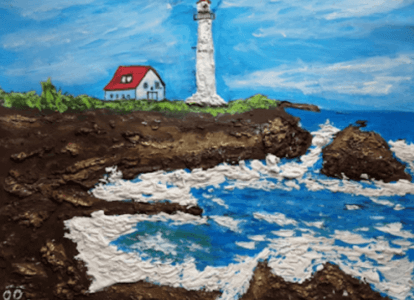 Legal Indicators
Two board meetings were held online, on February 3 and 5, 2021, in the presence of Tony Oposa, Chair leader, and Professor Nicholas ...
Read more
See all