The participants represented different countries and got together to discuss solutions to some of the world’s most pressing issues. For our MUN, we have chosen to focus on a very important issue that will be voted upon by the UN General Assembly (UNGA) in the foreseeable future: Vanuatu’s initiative to seek an Advisory Opinion from the International Court of Justice.

UN General Assembly (UNGA). Usually, participants are made to represent different countries. They are given time to research their country’s position on the issue at hand, draft a position paper, draft preambulatory and operative clauses that represent their positions, informally lobby to get these clauses inserted in the draft resolution, participate in the circular debate/discussion and voting processes of getting clauses added/amended/deleted and ultimately either reach consensus (if possible) or a decisive vote on the final resolution, all with the help of a Chair of the UNGA. This Chair, whose role, amongst others, is to moderate the debate, accord the right to speak and announce decisions, will usually be appointed to someone experienced beforehand.

In the case of NCP’s metaMUN, the simplified process and final product are as follows:

“I am pleased to have witnessed the enthusiasm, hope, joy and commitment of our youths today through Normandy Chair for Peace’s Summer School’s metaMUN. No one can deny that metaMUN was held in a fantastic venue at the Abbaye aux Dames; from ambience of the place to the setup of the room, and the technical movements of the camera where participants could see their faces on the screen in front when they push the button to speak to the caucuses in between made this a very immersive experience for the participants. The inclusion of stakeholders as a group, which is uncommon in regular MUN’s, also made for an interesting exchange between the participants and a big lesson in advocacy and lobbying. I think metaMUN fulfilled what it was set out to do: give participants a sense of the “real” United Nations, without having to bog them down with details on protocol and technical terms. For most of them, this was their first MUN experience and there’s no doubt that they will be thanking NCP and the Normandy region for this for years to come.”

“This was a transformative experience. The Meta MUN allowed students to apply our knowledge to a simulated experience for the reason we all came together at the summer school. This simulation made students understand the cause we were learning about and how to implement that cause.”

“Very good day with an incredible experience that I would like to live in again.”

Lessons of Peace from Normandie 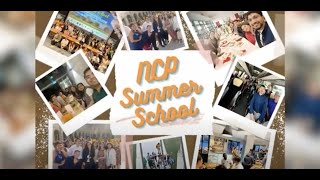 Towards the recognition for the rights of future generations

Education for the Rights and Duties of Future Generations
From the universal scale to the Normandy Region: ensuring the promotion of Peace with the Earth Climate Justice, peace and ...
Read more

Education for the Rights and Duties of Future Generations
Restoring justice by making Peace with the Earth: the necessary dialogue with indigenous people Reconciliation between Earth and Mankind We ...
Read more

Education for the Rights and Duties of Future Generations
Rights of future generations: from declarations to processes of metamorphosis of Human Rights systems Theoretical Approaches–the need for transgenerational ...
Read more

Education for the Rights and Duties of Future Generations
1-4 September 20221-6 September for international students The NCP Summer School will take place from the 1st to the 4th ...
Read more 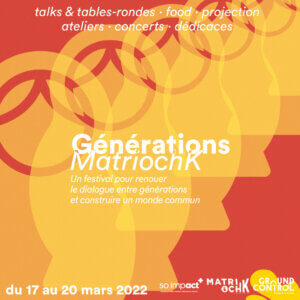 Education for the Rights and Duties of Future Generations
MatriochK Generations Festival from March 17 to 20, 2022A festival to renew the dialogue between generations and build a common world. Faced ...
Read more
See all