Amazon – What should be done for the Amazon?

The dramatic news of wildfires in the Amazon, voluntary or not, coupled with the policy of the new Brazilian head of state to open this territory to the agri-food industry, puts the Amazon at the forefront of environmental concerns. However, one should not forget the reform of the Brazilian forest code by President Dilma Rousseff in 2012, whereby the amended forest code granted amnesty to clearers of the Amazon rainforest, without the Higher Court of Justice seeing in this in 2018 either a regression, or a violation of the Constitution.

The Amazon, considered as the lung of the planet, is shared between nine states[1] including France. In fact, it is already protected by national and international environmental law, on the condition that the existing instruments are effectively applied. For this to happen, it is necessary to have both the political will of the States concerned and the continuous pressure of NGOs using the legal instruments at their disposal in a well-informed manner. available to them.

The Amazon is primarily protected by the national laws of the countries concerned. In this respect, the Supreme Court of Colombia has just, in an environmental perspective, given a legal personality to the Colombian Amazon in 2018. It has summoned 90 institutions of Colombia to come and explain their action before it in October 2019[2]. In Colombia, 80% of the Colombian Amazon has the legal status of indigenous reserve or natural park[3]. Brazil, under whose sovereignty most of the Amazon is located, has introduced in its 1988 Constitution a constitutional protection of the Amazon as a national patrimony by art. 225-4. The Amazon is part of the common goods preserved for present and future generations. In addition, the Constitution provides that the protected areas and indigenous territories, which represent 48% of the Amazon in Brazil can only be modified or abolished by law, which prohibits the president from making decisions without the formal approval of Parliament[4].

International law must also come to the rescue of the Amazon without necessarily having to invent new mechanisms. The universal treaties on biological diversity of 1992, on the fight against desertification of 1994, on wetlands of international importance of 1971 and on the banning of mercury of 2013 are all in force and have been ratified by Brazil. In addition, the 1972 UNESCO Convention on World Heritage is also binding on Brazil. This is why seven Brazilian natural areas are included in the World Heritage List, including part of the central Amazon. Indeed, since 2000, with an extension in 2003, six million hectares of the Amazonian forest are under the protection of the UNESCO Convention. This implies a national protection regime, reports and inspections that can lead to the removal of the the international list or, in case of degradation of the environment, to the inscription on the list of “endangered” spaces

At the regional level, since 1978 there has been a treaty between eight states bordering the Amazon: the Amazon Pact, amended in 1998, with the Organization of of the Amazon Cooperation Treaty (OTCA)[5]. This legal instrument in force allows for collective actions to be taken to protect and monitor the Amazonian heritage. In 2010, a Strategic Agenda for Amazonian Cooperation was adopted in 2010, setting up a cooperation for the fight against climate change, sustainable development, conservation of natural resources, in harmony with the Paris Agreement on Climate Change and the 2030 Sustainable Development Goals. At the 13th Meeting of Ministers of Foreign Affairs of the Parties States, the Tena Declaration was adopted on December 1, 2017. It recognizes the global importance of the ecosystem services of the Amazon; it reaffirms their commitment to reduce the effects of climate change climate change; it recognizes that the water resources of the Amazon basin are a basin are a shared universal heritage; it resolves to strengthen cooperation against transboundary forest fires; and finally it salutes the Colombian initiative “Amazonia 2030″ to achieve the goal of zero deforestation deforestation” objective.

On the financial level, many international NGOs are intervening to help indigenous populations to defend themselves in court and to finance biodiversity conservation operations. The G7 and the European Union approved in 1991 a pilot program for the protection (PPG7) of $250 million, managed by the World Bank from 1995 onwards. managed by the World Bank starting in 1995. The GEF Amazon project from 2011 to 2014 allocated $52.2 million to an environmental management program in the Amazon basin.

At the bilateral level, insofar as France owns a small part of the Amazon forest in French Guiana, Franco-Brazilian relations allow joint actions, such as the agreement signed by presidents Chirac and Lula on July 15, 2005 concerning the construction of a bridge over the Oyapock River at the Franco-Brazilian border. This bridge was inaugurated in March 2017. The agreement provides for regular meetings through the joint cross-border commission, which could be a place for negotiations on the fate of the shared forest.

The activation of all these tools should facilitate a concerted action between the States in order to better preserve the Amazon natural resource.

However, some consider these tools to be insufficient and advocate a much more collective action in the name of international solidarity solidarity in the field of environment and in the name of the fight against the effects of climate change. On the scientific level, an effort had been attempted unsuccessfully in 1948 by UNESCO. Indeed, the International Institute of the Amazonian Hyléa[6] which had vocation to protect Amazonia by science “for the good of humanity”. This institute was abandoned in 1950. But the idea according to which the Amazon would be a common good of humanity will continue to arouse contradictory covetousness. It would be a question of considering to qualify the Amazon as a “common heritage of humanity”, which would imply an unthinkable world agreement, especially since the legal qualification of “common heritage of humanity” has only been attributed to spaces that do not belong to any State (the seabed, the moon, outer space). The internationalization of the Amazon seems, according to Pope Francis, to be solely at the service of « the economic interests of multinational corporations. multinational corporations »[7]. Preparing a synod of bishops for 6-27 October 2019 on the problems of the Amazon, a preparatory document of 8 May 2018 insists on the need for an integral ecology to preserve natural resources and cultural identity. During his trip to Madagascar on September 7, 2019, Pope Francis spoke about deforestation in Madagascar and called for granting « the right to the common distribution of the goods of the earth to present and future generations ».

In conclusion, we must support Brazilian lawyers to use the national legal instruments that are particularly protective of the Amazon. According to the cacique Raoni Metuktire it is necessary to create more nature reserves in the Amazon[8] even though 48% of the Amazon is already protected, between territories and conservation units[9]. Why not ask Brazil to apply to UNESCO for an extension of 12% of its Amazonian forest area on the World Heritage list so that it represents list so that it represents a total of 60% of protected forests, as Bhutan did in its 2008 Constitution, proclaiming that 60% of the country’s forests are eternal and therefore cannot be cleared. France could take the initiative, along with the other Amazonian states, to request for each of them the inscription of 60 % of their forest on the UNESCO World Heritage List. Thus, 60% of the entire Amazon basin would be protected.

At the same time, the international community should be mobilized for a more effective monitoring of the territories inscribed on the UNESCO World Heritage list and provide special support to the States Parties to the Amazon Pact[10]. North-South cooperation should reinforce the actions undertaken by the OCTA.

It is regrettable that the meeting in Leticia on September 6, 2019, at the initiative of Colombia, with the presence of the Minister of foreign affairs minister of Brazil, did not involve all the Amazonian states, since Venezuela and France had not been invited or were not present, while Ecuador, which was present, has the same Amazonian surface as France. as France. Nevertheless, we must note the spirit of openness of the « Leticia Pact »[11] which reaffirms the necessary cooperation between the Amazonian countries, calls on the international community to cooperate for the conservation and sustainable development of the Amazon, creates a network of cooperation to fight against natural disasters and hopes to be able to cooperate with other interested states and interested states and regional and international organizations.

This call makes possible international and ecological solidarity concretely applied to the Amazon. The nine states concerned must quickly strengthen their cooperation in the common interest of humanity with the support of the entire international community, in particular the European Union and the specialized agencies of the United Nations, in particular the FAO and the United Nations Environment Programme (UNEP). All of these official initiatives can only be developed if citizens citizens in the North reduce their meat consumption and the purchase of soy for their livestock. At the same time, legal and social actions in favour of the indigenous peoples of Amazon[12] must be amplified by implementing the directives of the resolution of the United Nations General Assembly on the “Declaration on the Rights of Indigenous Rights of Indigenous Peoples” of 2007[13] adopted by 144 votes, including that of France, and by requesting the ratification of the International Convention 169 of the International Labour Organization of 1989 on indigenous and tribal peoples, which has been ratified by only 23 States. Three Amazonian states have not yet ratified it: Guyana, Suriname and France. Curiously, France has signed this Convention. The National Consultative Commission on Human Rights, on February 23, 2017 (Recommendation No. 7), called for this ratification to finally take place.

[6] Means in greek wood and forest.

[10] France, as a sovereign state in the Amazon, should be able to adhere to the Treaty of Amazonian cooperation of 1978, which would require beforehand an amendment to art. 27. of this Treaty, which currently prohibits adhesions. 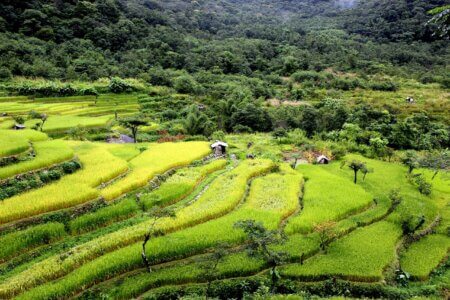 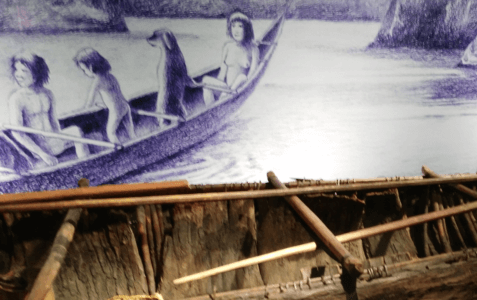 Indigenous peoples
November 15-17, 2022, Santiago, Chile Headquarters of the Economic Commission for Latin America and the Caribbean (ECLAC) At its twenty-first session ...
Read more
See all